“… newspapers, by and large, played the most critical role in the effort to change public opinion in favor of emancipation.”
"To Reach the People with Abolition Doctrines': The Antislavery Press and the American Civil War."  by R.J.M. Blackett

Oneida County experienced a proliferation of abolitionist literature in the 1830s, especially newspapers. Wesley Bailey published one of Oneida County’s abolitionist newspapers, The Liberty Press. His office was located on Devereux Street in Utica. He was also an underground railroad stationmaster, once guiding 2 freedom seekers from Utica to nearby Paris Hill.

The outpouring of anti-slavery literature in Oneida County reflected the explosion of Abolitionist Movement literature across the North, beginning with William Lloyd Garrison’s publication of The Liberator in 1831. Widespread literacy, cheap printing costs, and improved means of communication (the Erie Canal, proliferation of roads, steam propulsion, and after the 1840s, telegraph and railroads) created a vast and news-hungry readership. In 1817 Oneida County had 13 printers; by 1848 there were 68.

The Abolitionist Movement’s “literature campaign” soon flooded the public with printed material of all types, and especially newspapers. Newspapers were particularly important. They had become cheap enough to be purchased by the general public, and they were widely distributed across the North. Abolitionists bombarded Congress with thousands of anti-slavery petitions. This outpouring of anti-slavery literature helped to create a more unified Abolitionist Movement, and forced the slavery question into wider national debate.

Oneida County abolitionists published mountain of anti-slavery literature of all sorts after 1830: books, circulars, posters, tracts, sermons, meeting announcements, petitions, as well as newspapers. At least 9 anti-slavery newspapers were published in Oneida County before the Civil War, including 3 in Welsh: Y Dyngarwr (The Philanthropist), Y Detholydd (The Chosen, and Y Cenhadwr Americanydd (The American Missionary.) Steuben’s Rev. Robert Everett received permission from Harriet Beecher Stowe to print Uncle Tom’s Cabin in Welsh.  Utica’s William Goodell published The Friend of Man, the official newspaper of the New York Anti-Slavery Society. Utica’s Standard and Democrat was destroyed by an anti-abolitionist mob. The Anti-Slavery Lecturer was another Utica newspaper.  And Wesley Baily published The Liberty Press on Devereux Street. The anti-slavery press in Rome included The Rome Excelsior and The Rome Citizen.

The flood of abolitionist literature provoked strong opposition among many Northerners, where anti-abolitionist feelings often ran high. Mobs assaulted abolitionist activists and destroyed anti-slavery newspaper presses. Indeed, Utica’s Democrat and Standard (1,000 subscribers in the 1830s) was destroyed by a mob after the Utica Riot of 1835, because of its abolitionist leanings.  Slaveholding states strictly forbade abolitionist literature. Those in possession were severely punished, especially if they were enslaved. Southern US post offices refused to distribute anti-slavery literature.  Abolitionists sent thousands of anti-slavery petitions to Congress, which constantly forced the issue into public discourse. In 1836 Congress imposed The Gag Rule, refusing to accept any petitions and thus choking off all debates about slavery. It was rescinded in 1844.

Literature published in Oneida County had a large national readership because of the Erie Canal and, after the 1840s, railroads and telegraph as well.  Widespread black and white literacy meant a readership hungry for information. Tudor Grant was the local agent for Freedom’s Journal, the first black-owned newspaper in America 1828, indicating the high rate of literacy  and interest among the county’s African Americans. A literature repository at 131 Genesee Street in Utica helped to keep people informed about Abolitionist Movement activity elsewhere. 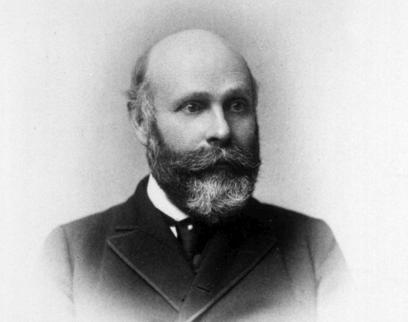 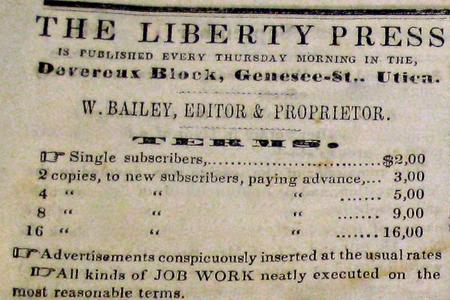 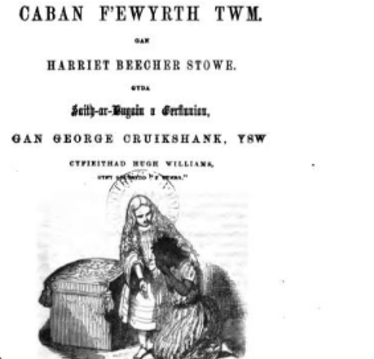 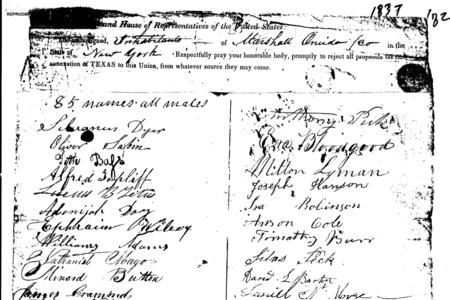 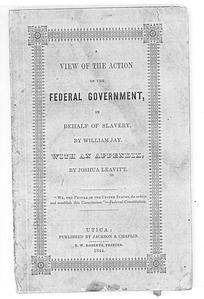