“In most respects the Utica mob of October 21, 1835, typified the conventional Northern anti-abolition mob. Its membership included many of the town’s leading citizens, bankers and lawyers, merchants and tradesmen, state and local politicians assembled intentionally, formed a meeting, passed resolutions, and dispatched some of their membership to do the dirty work. The mob had limited objectives. And nearly everyone in the community knew in advance what would probably  happen.” Leonard Richards, Gentlemen of Property and Standing: Anti-abolitionist Mobs in Jacksonian

Some of the Utica rioters included  John C. Devereux, Rutger Bleecker Miller, Richard Sanger, Samuel Beardsley, John Devereux, and Horatio Seymour. 24 of the 78 identified rioters had held one or more city public office, vs 6 of the 88 identified Abolitionists. Most riotous religious-believers were zealous churchmen, and "high church" Episcopalians, were prominent.

Anti-abolitionists assembled at the city courtroom and sent a  “Committee of Twenty-Five” led by Judge Hayden and Congressman Beardsley, to the Presbyterian Church on Bleecker Street, where they burst through the door and insisted that their demands be heard.

Smith was the wealthiest landowner in New York State in the mid-19th century, amassing land holdings in over 50 counties in the state. He saw his wealth as a divine gift to be used for the benefit of others who were oppressed or less fortunate then him. He probably donated over 8 million dollars (equal to one billion dollars in today’s currency) to social, political, citizenship and religious causes. Smith subscribed to and supported several Abolitionist newspapers,

Smith became an abolitionist in 1835 after attending the abolitionist convention at Bleecker Street, disrupted by the anti-slavery Utica Riot. Until then he had been a Colonizationist.  The convention was reconvened at Smith’s Peterboro estate. In 1836 he was elected to the first of four terms as president of the New York Anti-Slavery Society. By mid 1837 he was secretly shipping abolitionist tracts into the South. He soon began to harbor freedom seekers, and the mansion in Peterboro became a well-known station on the Underground Railroad, helping hundreds of fugitives. He purchased individuals and families directly from slaveholders, sending agents into the South to negotiate for their freedom. He was also one of the "Secret Six," who gave financial assistance to John Brown for his 1859 raid at Harper's Ferry.

One of his social causes was his experiment of colonizing approximately 120,000 acres in North Elba, New York with free African Americans. Out of his Peterboro Land Office, Gerrit Smith sold farm tracts for one dollar each to 3000 poor African Americans, many of whom he had helped escape into freedom, with approximately 140,000 acres being transferred between 1846 and 1850. Land ownership gave them property ownership and making them eligible to vote.

Gerrit smith was inducted into National Abolitionist Hall of Fame.

Spencer Kellogg was one of the most prominent people in early Utica. He was a dry-goods merchant, served on Utica’s public school board, served as Utica mayor. He was key to Utica’s adoption of steam technology, the basis of the city’s rapid growth and prosperity.  He was largely instrumental in the building of the Utica and Black River railroad, and was one of its first board of directors. Kellogg was also an important Abolitionist. He was a delegate at the NY State Anti-Slavery Society Convention in 1835 at the 2nd Presbyterian Church, and served as its Treasurer and on its Executive Committee.

Spencer Kellogg’s quick thinking led to the Utica Rescue at Judge Hayden’s Law Office. Kellogg spotted the arrival at Judge Chester Hayden's Law Office, a few doors away, of Oneida County constables with 2 captive black men. Kellogg realized that these were runaway slaves, so he sent for Abolitionist lawyer Alvan Stewart, just a few doors away. Hayden delayed their trial long enough for a crowd of blacks and whites to free them and send them along the Underground Railroad to Canada.

Kellogg illustrates the close association among black and white Abolitionists throughout the county. This is also an early example of a violent rescue of a runaway. Well-known Syracuse’s Jerry Rescue happened 16 years later in 1851. Kellogg was instrumental in the formation of New York State Anti-Slavery Society, thereby helping establish Oneida County as a place where fugitives could find protection along the Underground Railroad.

Charles Wills was a prosperous African American farmer who lived on Paris Road, New Hartford. He and his wife Sarah supported the Abolitionist Movement by contributing money and signing petitions protesting slavery. Their home was also a “station” on the Underground Railroad.

William Blaikie played an important part in the Underground Railroad as a link in the network of black and white “stations” that covered the county’s Underground Railroad. Blaikie’s Apothecary was on Genesee Street where the Radisson Hotel now sits.  He sheltered freedom-seekers at his home at 2203 Genesee, sometimes in the barn of his pro-slavery neighbor.  His family sometimes fled their home because of the threat of anti-abolitionist violence. They were often reviled by their neighbors, and many faced violence. Moreover, they risked serious legal penalties if they were caught.

Blaikie was born in Edinburgh, Scotland in 1822. He is buried in Utica’s Forest Hill Cemetery (Plot 30).

Amos Freeman was an African American who attended Utica's 1835 New York State Anti-Slavery Convention while studying at nearby Oneida Institute in Whitesboro. He illustrates the influence the Oneida Institute had preparing African American leadership for the Abolition Movement beyond Oneida County. Freeman later became an ordained Presbyterian minister. He and his wife Christiana operated a “station” on the Underground Railroad in Portland, Maine, supporting freedom seekers both at the Abyssinian Congregational Church and in their home.

Who's Who: The Anti-Abolitionist Rioters

​John Devereux was born in Wexford, Ireland. His brother Walter was in several battles in the Rebellion of 1798, and his brother James was killed in the Battle of Vinegar Hill. In 1802 Devereux opened a store in Utica. He was elected mayor of Utica in 1840. With his brother Nicholas he founded the Utica Savings Bank. He was an active Catholic. Missionary priests would stay at Devereux's home, where Mass was celebrated. He and his brother brought the Sisters of Charity to Utica to open an orphanage and each gave $5,000 towards the object.

James DeLong was one of Utica’s first settlers and among its leading citizens. He owned a tannery on Water Street, was elected a city Alderman, and was a member of Utica’s fire department.  DeLong was a delegate to the 2nd  Presbyterian Church anti-slavery convention in 1835 that was disrupted by a riot. He became Chair of the first New York State Anti-Slavery Society Executive Committee. DeLong was a founder and trustee of Utica’s Bleecker Street Methodist Church.

DeLong’s house was an Underground Railroad “station.” He often secreted freedom seekers at his Bleecker Street Methodist Church. One Sunday he supposedly guided 21 fugitives to his church, and afterward sent them on their way North by way of Deerfield Corners

DeLong was one of many of Utica’s white middle class who actively resisted slavery through legal (the NYASS) and illegal means – the Underground Railroad. Indeed, he made no secret of his UGRR work. He reveals how local churches sometimes became involved in the Abolition Movement. The issue of slavery seriously divided most of America’s Christian denominations. Some broke from the main church to become “come-outer” churches. DeLong was part of a county-wide network of Black and White activists that usually acted secretly, but sometimes openly. ​

Chester Hayden played an important role in the Utica Riot of 1835 and the Utica Rescue in 1836. He was Oneida County’s First Judge of Common Pleas in 1835.  Previously he was a prominent  attorney and one of the earliest judges of Oswego County.  He was also a trustee of the Mexico Military Academy before arriving in Oneida County.

Hayden was one of the leaders of the anti-abolitionist mob that disrupted the New York State Anti-Slavery convention at Utica's 2nd Presbyterian Church. After passing several resolutions, the rioters appointed Hayden and a "Committee of Twenty-Five" to demand that the convention be stopped. They successfully disrupted the meeting, but not before the New York State Anti-Slavery society was formally established.

In 1836 local constables brought 2 freedom seekers to Hayden's law office at 96-98 Genesee Street, Utica. Hayden was about to turn them over to the 2 slave-catchers, but was interrupted by abolitionists Spencer Kellogg and Alvan Stewart. While Hayden was away at the County Courthouse, a crowd freed the two men.

Hayden continued to serve as County Judge after the Utica Rescue, presiding over the arson trial of members of the notorious Loomis Gang later in 1837. By 1840 he had relocated to Ohio.  His first-person account of the Utica Rescue was printed in The Friend of Man, January 12, 1837.

Horatio Seymour was an American politician. He was the 18th Governor of New York from 1853 to 1854 and from 1863 to 1864. A leading Democrat, he supported the popular sovereignty ideas of Senator Stephen Douglas. During the Civil War he opposed any union efforts to abolish slavery. He was the Democratic Party nominee for president of the United States in the presidential election of 1868, but lost the election to Republican Ulysses S. Grant. Seymour is buried in Forest Hill Cemetery in Utica.

Hiram Kellogg illustrates the far-ranging influence of Oneida County’s Abolition Movement. The Rev. Hiram H. Kellogg opened the interracial Young Ladies Domestic Seminary in Clinton, NY,  in 1833 and continued it until 1841.  From 1840 to 1860, of the more than 150 academies in New York State, only 8 were open to African Americans,  including Kellogg's Seminary and Whitesboro’s Oneida Institute. Elizabeth Gridley was a student and related this incident about the attendance of three black girls:

“ An incident occurred during Mr. Kellogg’s tutelage of no little moment the time, as the subject of slavery was being hotly discussed, and coeducation in seminaries with colored girls had not been tested. Mr. Kellogg was equal, however, to the emergency, and accordingly we pupils were introduced to three colored student girls, just entered, who we were expected to treat with courtesy; but the innovation scarcely produced a ripple in the even tenor of the school where pupil boarders sat side by side with the, and the usual harmony prevailed.”   Harriet Ann Jacobs, who wrote “Incidents in the Life of a Slave Girl” was a slave and with her daughter Louisa managed to come North. Louisa went to the Young Ladies Domestic Seminary.

Kellogg left in 1841 to become president of Knox College in Illinois, and he sold the school to the Abolitionist Free Will Baptists who called their school the Clinton Seminary. Knox College was founded in 1837 by anti-slavery social reformers. Many of the founders actively supported the Underground Railroad. Its founding document, “The Circular and Plan,” opposed slavery in all forms -- physical, spiritual, intellectual -- and declared that the College would be accessible to students regardless of their financial means, and regardless of their race. This was a radical idea at the time.​​

Green aroused intense resistance. In January 1834 a Utica mob of 200 burned Green and Alvan Stewart in effigy. The Common Council tried to have Beriah Green indicted for treason, but the measure barely failed to pass by 1 vote.   He initiated the 1835 New York State Anti-Slavery Convention at Utica’s 2nd Presbyterian Church, and served as an officer many times. He was inducted into National Abolitionist Hall of Fame.                           ​ 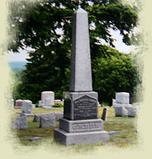 Beardsley was a lawyer and a member of the US House of Representatives at the time of the utica Riot, where he was a member of the "Committee of 25" that burst into the 2nd Presbyterian church and disrupted the proceedings.  Beardsley served as a lieutenant in the War of 1812, taking part in the defense of Sackets Harbor in 1813. Later he served as New York State's Attorney General, and finally as New York Supreme Court associate justice. He is interred in Utica's Forest Hill Cemetery.​​ 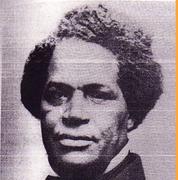